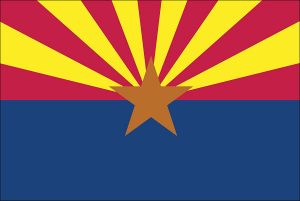 Fountain Hills was established by developer C. V. Wood in 1970.

Fountain Hills is a town in Maricopa County, Arizona, United States. Known for its impressive fountain, once the tallest in the world, it borders the Fort McDowell Yavapai Nation, Salt River Pima-Maricopa Indian Community, and Scottsdale. The population was 23,820 as of the 2020 census. Between the 1990 and 2000 censuses it was the eighth-fastest-growing place among cities and towns in Arizona.

Before the development of Fountain Hills, the area was home to the Yavapai people, and petroglyphs can be found near the Dixie Mine in the northwest corner of the town along the mountains.

In the early 20th century, the area that became Fountain Hills and the McDowell Mountain Regional Park was part of the Pemberton Ranch, later renamed the P-Bar Ranch. Fountain Hills High School is built on the site of one of the P-Bar Ranch's buildings, and a plaque stands in the parking lot to commemorate this.

Fountain Hills was developed by C. V. Wood, president of McCulloch Oil, and was named after the towering man-made fountain in the center of town. The town was incorporated in 1989. Fountain Hills has the world's fourth-tallest fountain.

To the east of the town is the Verde River, a tributary to the Salt River. Inside the town there are many washes that run through Fountain Hills into the Verde River. Some of these washes include the Ashbrook, Balboa, Legend, and Colony Washes. During times of rain the washes flood with water and can sometimes block roads with their water. Signs mark several of the intersections of washes and major streets in the town.

There were 11,918 households, out of which 18.6% had children under the age of 18 living with them, 59.4% were married couples living together, 6.7% had a female householder with no husband present, and 31.1% were non-families. Householders living alone make up 25.7% of all households, and 11.5% had someone living alone who was 65 years of age or older. The average household size was 2.16 and the average family size was 2.56.

Fountain Hills has the world's fourth-tallest fountain, and the second tallest in the United States. It was built in 1970 in Zürich, Switzerland, by Robert P. McCulloch, the year before the reconstruction of the London Bridge in Lake Havasu City, another of McCulloch's projects. The fountain sprays water for about 15 minutes every hour on the hour between 9am and 9pm. The plume rises from a concrete water-lily sculpture in the center of a large man-made lake. The fountain, driven by three 600 horsepower (450 kW) turbine pumps, sprays water at a rate of 7,000 US gallons (26,000 l; 5,800 imp gal) per minute through an 18-inch (460 mm) nozzle. With all three pumps under ideal conditions, the fountain reaches 560 feet (170 m) in height, though in normal operation only two of the pumps are used, with a fountain height of around 300 feet (91 m). When built it was the world's tallest fountain, a record it held for over a decade.

The Town of Fountain Hills has partnered with EarthCam to bring live streaming views of its world-famous fountain. The live stream camera can be accessed on the Experience Fountain Hills website. To help celebrate the fountain's 50th year, the town installed a new LED lighting system with four lights mounted directly under the fountain and six lights on the shore for a total of 10 lights to provide ample lighting and still meet the Dark Skies regulations.

The Town of Fountain Hills is a stunning oasis in the middle of the Arizonan desert. Explore the town’s exciting art trails and creative studios, take in the sights of a world-famous fountain or discover the surrounding region, where stunning mountain ranges roll out as far as the eye can see.

The town is named for its breathtaking man-made fountain, which bursts forth out of the center of Fountain Hills Lake. A local Arizona entrepreneur, Robert McCulloch, built the fountain in 1970. The pride of the town and a truly spectacular sight, the fountain can reach a height of 560 feet (170 meters) on special occasions, making it taller than the Washington Monument, Paris’ Notre Dame Cathedral and the Great Pyramid of Cheops in Egypt. Stroll around Fountain Park and you’ll see the monument reach its everyday height of 330 feet (100 meters) every hour. Pack a picnic and enjoy the show or hike along the Lake Overlook Trail for stunning views across the town and beyond.

Downtown, you’ll find a selection of intriguing galleries and local landmarks. Embark on the Fountain Hills Public Art Walk to see 150 different artworks dotted throughout the streets and parks. Grab a map and a guide from the local tourism office or join a docent-led tour for a local insight into the art pieces. Stop by the Fountain Hills Artists’ Gallery or the Fountain Hills Theater to experience some more local culture. Learn about the region’s heritage at the River of Time Museum, which highlights the Yavapai people, Fort McDowell and the mining prospectors who sought gold and found amethyst.

Explore Fountain Hills’ mesmerizing desert landscapes to reach breathtaking viewpoints and experience Arizona’s spirit for adventure. Go hiking or biking in the McDowell Mountain Preserve or check out Tonto National Park. Visit nearby Saguaro Lake for paddleboat or kayak tour. Ride through the desert hills on horseback or in a four-wheel drive buggy.

The town of Fountain Hills is located in central Arizona and is a half-hour drive from Phoenix’s international airport. The region has plenty of sunny days and mild winters, ensuring you can have outdoors adventures almost year-round. 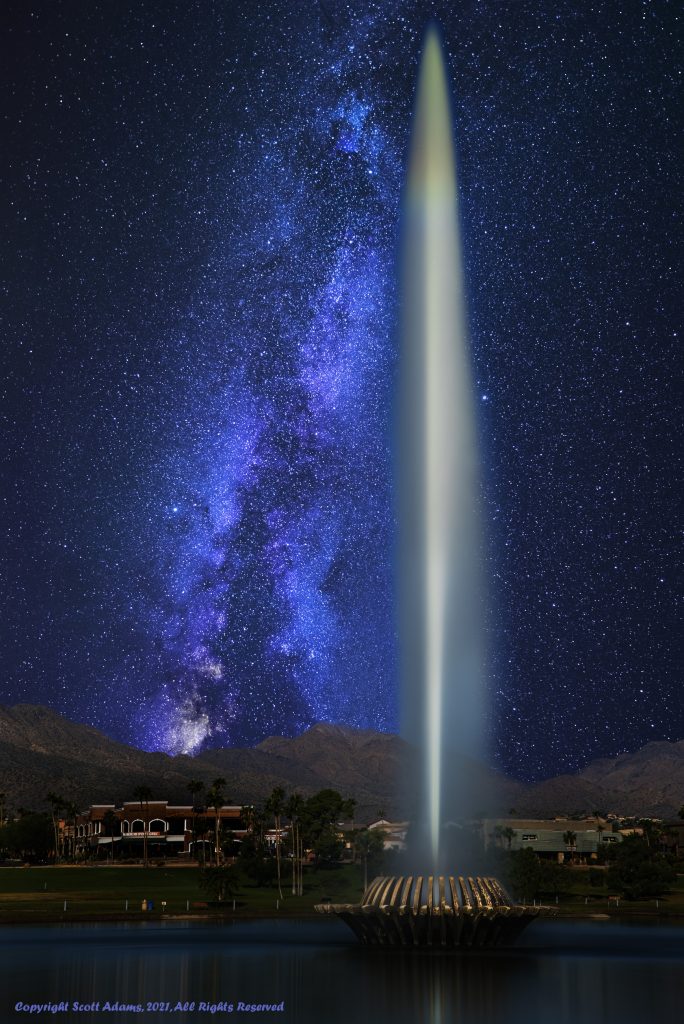