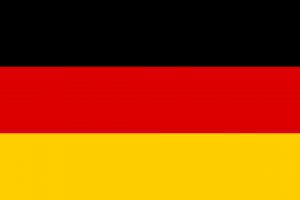 The Dierdorf relationship was formally established by Mayor Wally Nichols on June 25, 2005.

The surname Dierdorf was first found in the Rhineland, where the town of Dierdorf is located. It was common during this period to refer to a new resident of a city by the name of his hometown; thus, it is likely that the original bearer of the name was a native of Dierdorf who had moved somewhere else. The young Dierdorf family was instrumental during this early period, playing a major role in the development of medieval German society.

Dierdorf is nestled in the Westerwald region of Germany. Ruins of ancient civilizations are being discovered in monasteries, abandoned clay pits and basalt quarries. Dierdorf is known for its pottery works and ceramics museum, lush woodlands, small lakes and outdoor activities.

Approximately 4,000 people live in Dierdorf. Residents prefer to live here and work in other communities. Some 12,000 people have settled in the five towns that surround Dierdorf – each unique in culture and customs of the Westwald.

Dierdorf represents the best of people, language, and traditions that make the German culture unique. It has had a key role in the history of Europe. Germans themselves call it Deutschland. Germany is known as the country of poets and thinkers. German culture has been influenced and shaped throughout Germany‘s rich history once as an important part of The Holy Roman Empire, and later on as one of the most stable economies in the world. Germany’s iconic beer industry is some of the most ancient in the world.

The town of Dierdorf is more known for its peaceful shopping along little lanes, offering everything from jewelry to baked goods. You can also have some great recreational pursuits here. Swimming, tennis, horseback riding, and even miniature golf are available. Significant festivals include the City Festival in May, the Autumn Market in September, or the Christmas Fair in November/December.

The small town of Dierdorf includes elementary and secondary education schools. The state runs most German schools and they are free to attend. Germany ranks high globally in terms of education. A global assessment of world educational standards among 15-year-olds, reveals it ranks 16th in mathematics and reading and 12th in science across all reporting nations.

Ways We Exchange With Dierdorf