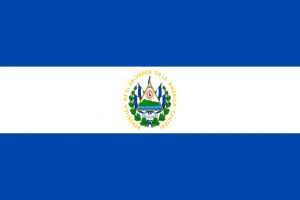 The Ataco relationship was formally established by Mayor Wally Nichols on November 8, 2007.

The colonial city of Ataco was founded by the Spanish in the 16th century and is located in the mountain region of El Salvador called Ruta de las Flores (Route of the Flowers), which typifies the beautiful flora surrounding the coffee fields in the cooler mountains. The coffee is rated with less acid often blended and mixed with other coffees.

Ataco experiences a subtropical highland climate. Ataco’s high elevation gives the area one of the nicest climate ranges in El Salvador. Temperatures never go above 23 °C (73 °F) and always stay cool during the night. Sometimes it can be very chilly. The lowest temperature recorded was 4 °C (40 °F) which occurred during a cold front in November 2010. The fact that the city receives a lot of precipitation, and that the temperature is relatively cool but not cold, makes the place ideal for plants of many types to grow; it is usual to see a low of flowers, pine trees, and “veraneras” in Concepcion de Ataco and in the surrounding areas.

Ataco has about 13,000 people in the city and another 6,000 in outlying villages. The city is known for its arts and many festivals and fairs. Colorful dresses are seen and marimba music is heard throughout the festivities. There are numerous French and Italian restaurant as well as boutique hotels in the city.

Unlike every other country in Central America, El Salvador is the only one that has no Caribbean coast at all. And if there’s one factor in this part of the world that affects culture, it could be that Caribbean coast (or lack of) factor. El Salvador was never exposed to the slave trade at all like the other Central American countries as a result of this lack of access to the Caribbean Coast. The language of Ataco and all of El Salvador is Spanish. There’s a tiny minority of people who still speak the native Pipil language. But that minority accounts for something like one percent of the population. Pipil speakers nowadays in El Salvador are elderly for the most part. The culture of El Salvador is the culture of the Spanish settlers and the mestizos who descended from them.

Ataco has started its tourism business in the late 2004. Prior to that the most visited colonial village was Apaneca, a village 20 minutes away from Ataco. After people realized Ataco has more opportunities and that it’s a very cheerful village, people starting investing in Ataco. Even though Ataco did not win first place in the Pueblos Vivos contest it is still preferred by many local and international tourists.

Ways We Exchange With Ataco